Devastating hurricanes often develop over the Caribbean Sea. The majority of the Caribbean countries are poor, agrarian structured developing countries, whose economy is based on the cultivation of export crops and tourism. 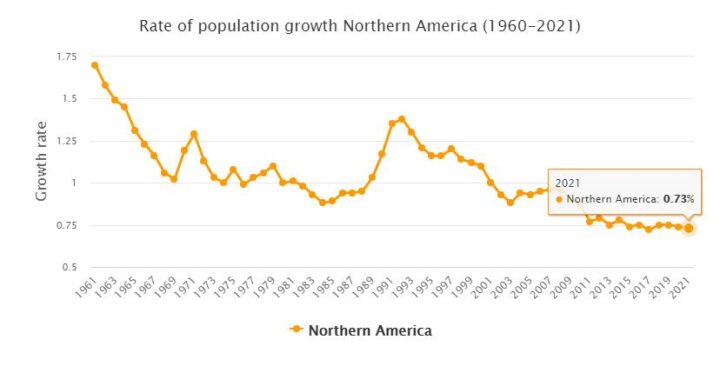 The Caribbean, the indigenous people of the island world, were almost eradicated when Europeans colonized the Antilles in the 18th century. Today only a few thousand descendants of the indigenous people live on Domenica (and in Central American Guatemala). With the exception of Haiti and Domenica, where the majority of the population is made up of African descendants, the population of common descendants dominates on the other islands. The predominant religion in the Caribbean is Catholicism, but here it is often mixed with African cults, in Haiti, for example, the Woodu cult. The biggest city in North America is Mexico City, the capital of Mexico. And the second largest city is New York City from United States.

Like the countries of Central America, those of the Caribbean are among the least developed developing countries. The dominant branch of industry in which large land holdings (plantations and plantations) predominate is agriculture. Above all, export crops such as coffee, cocoa, coconuts, sugar cane, tobacco, bananas and cotton are produced. One of the most important sources of income for most states in the Caribbean is tourism, which is based in the wonderful nature and pleasant climate of most islands.

The Great Lakes of North America

The Great Lakes of North America are located on the border between Canada and the United States. The five lakes are the largest inland water surface on earth. In the order of their area size belong the

to the Great Lakes. The St. Lawrence River drains the lakes to the Atlantic. Also due to the cheap transportation routes, the largest industrial conurbation in the USA, the Manufacturing Belt, has developed on the Great Lakes.

The Great Lakes are mostly in the central lowlands of North America. In the west they reach into the Great Plains, in the north they border on the Canadian shield. Located in the border area between the USA and Canada, two thirds of its area belongs to the USA and one third to Canada (Fig. 1).

The Great Lakes originated in the Pleistocene (Ice Age), where the surface shape of the north of North America was shaped by repeated advances of the inland ice, similar to Europe.
In the Great Lakes area, glacier tongues of the inland ice have excavated deep pools since the last icing. Moraines were deposited on the southern bank regions of the lakes. The basin, which today fills the Upper Lake, was excavated particularly deep, about 200 meters below today’s sea level.

With 245,000 km², the lake system is the largest inland water surface on earth. All lakes together occupy an area the size of the Federal Republic of Germany. If you add their catchment areas, they are three times larger in area than Germany.

With 19000 km² it is the smallest and most easterly of the Great Lakes. While the average depth is 80 m, it is almost 250 m deep at its deepest point. It gets its water from Lake Erie across the Niagara River. The collected water masses from all lakes (approx. 6540 m³/s at the lake exit) flow from Lake Ontario into the Sankt-Lorenz-Strom.

The second smallest of the lakes with an area of almost 26,000 km² is the shallowest of all five lakes with an average depth of 18 m. It receives its water over the St. Clair River from Lake Huron and drains over the Niagara River. Where the Niagara falls over hard limestone and dolomite layers into a gorge that it has eroded into soft slate since the Pleistocene, it forms the famous Niagara Falls. An island at the top of the gorge divides the Niagara into two arms with two waterfalls. The 675 m wide and 54 m high horseshoe fall is on the Canadian side. The American Falls, 325 m wide and 56 m high, plunge down on the American shore. Because of the erosion, the two waterfalls “hike” about 1 m upstream each year. Starting from Lake Erie, the 550 km long Erie Canal connects the Great Lakes area with the Hudson River and thus with the industrial area around New York on the east coast of the USA.

This lake is the only one in the United States and is connected to Lake Huron by the Mackinac Strait.

Named after the Indian tribe of the Hurons, which previously lived on its banks, this lake connects the Michigan and the Upper Lake with Lake Erie. With an area of around 58,000 km², it is the second largest of all lakes.

It is the largest and highest lake. Its area of around 84,000 km² exceeds that of Lake Constance 150 times. With a length of approx. 650 km and a width of up to 260 km, it is the largest freshwater lake in the world. Its lowest point measures 405 m. The Upper Lake, which draws its water from around 200 rivers, releases an average of 2100 m³ of water to Lake Huron per second via the St. Mary`s River.

There are important industrial centers on the shores of the Great Lakes, such as Chicago and Detroit on Lake Michigan or Cleveland on Lake Erie, which are part of the traditional manufacturing belt of the USA. The connection of the Great Lakes with one another through rivers, canals and locks and over the St. Lawrence River with the Atlantic created inexpensive transport routes and promoted industrial development on the lakes. Medium-sized ocean-going vessels can now “travel” 4000 kilometers deep into the continent on these routes.