São Tomé and Principe. In October’s parliamentary elections, the ruling party backed the Independent Democratic Action (ADI) by 9 percentage points to 44% of the vote and lost eight seats. Thus, the party no longer had its own majority in the National Assembly, but was still the largest party with 25 out of a total of 55 seats. The second election, the Freedom Movement for São Tomé and the Príncipe / Social Democratic Party (MLSTP-PSD), received almost as strong support, 42% of the vote, giving 23 seats in parliament. The Democratic Assembly (PCD) Party formed an alliance with the Union for Democracy and Development (UDD) and the Democratic Movement of the Renewable Forces (MDFM) prior to this year’s election, but the election result was almost exactly the same as in the previous election, ie 10% of the vote and five mandates.

According to Countryaah.com, Sao Tome is the capital city of Sao Tome and Principe, a country located in Central Africa. Another party took place in Parliament and the two largest parties started negotiations with the smaller parties to form a government. In November, Prime Minister Patrice Trovoada’s government was dissolved by President Evaristo Carvalho and he was succeeded in December by MLSTP-PSD’s Jorge Lope’s Bom Jesus. 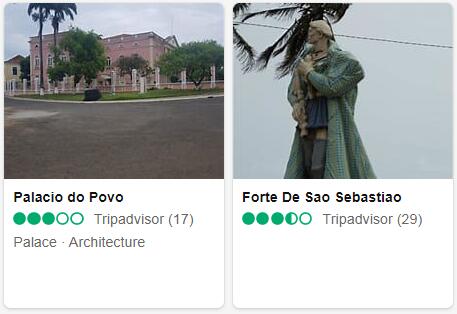 In March, São Tomé and Príncipe were among 44 African countries that signed an agreement to lead the African Continental Free Trade Area (AfCFTA).

After a decade of political instability, it was only in July 2001 that the election to the presidency of the Republic of F. de Menezes, candidate of the ADI (Acçao Democratica Indipendente), led to the improvement of relations between the presidency and the government with the formation of a presidential government. and the agreement for the constitution, after the elections of March 2002 (and whatever the outcome), of a government consisting of the two main parties. The moderate area joined the consultations under the name of MDFM-PCD (Movimento Democrático Força da Mudança – Partido de Convergência Democrática) winning 23 seats against 24 of the MLSTP-PSD (Movimento de Libertação de São Tomé and Príncipe – Partido Social Democrata). In April MLSTP-PSD and MDFM-PCD formed the government according to the agreements. A constitutional crisis was touched upon the following year following the parliamentary decision to revise the constitutional provision to limit the powers of the presidency; an agreement in extremis between the government and de Menezes led to the entry into force in March 2003 of the new constitution which effectively limited the range of action of the president. Also in 2003After a military coup d’état carried out in July and immediately returned thanks to the commitment of the international community, a government of national unity was formed led by Prime Minister M. das Neves de Souza. As the tension between the presidency and the government rose again, whose prime minister was repeatedly accused by de Menezes of embezzlement and defamation (2005), the country was preparing for new legislative consultations (March 2006) which saw the electoral alliance between MDFM and PCD, which won 23 seats, the one between MLSTP and PSD (20 seats) and the good result of ADI (11seats). T. Vera Cruz, general secretary of the MDFM, was appointed prime minister. In July of the same year, de Menezes was re-elected as president.