Somalia. In January, Prime Minister Hassan Ali Kheyre appealed to the country’s aid donors to write off Somalia’s extensive foreign debt, which amounts to about US $ 4 billion. According to Countryaah.com, Mogadishu is the capital city of Somalia, a country located in Eastern Africa. The money was borrowed before the Somali state collapsed in 1991 and the debt has gradually increased with the penalties imposed as no repayments have been made. Therefore, the opportunities for Somalia to obtain new loans granted are small, and according to the government, more money is needed to build a functioning state apparatus and fight the threat of terrorists. 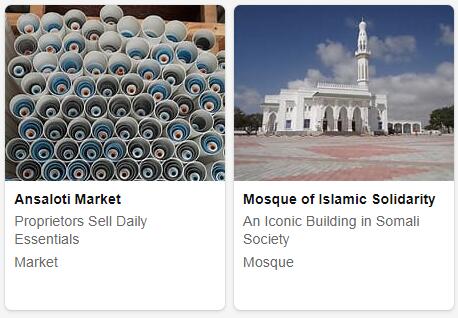 According to a Human Rights Watch report released in January, thousands of children, both boys and girls, had been forcibly recruited by the militant Islamist movement al-Shabab since the fall of 2017. The children had been abducted from both their homes and schools. In villages where they refused to surrender their children, al-Shabab had instead kidnapped older people.

al-Shabab also committed a series of terrorist attacks during the year. In February, for example, nearly 40 people were killed when two car bombs detonated in the capital Mogadishu, partly at the presidential palace and partly outside a hotel nearby. In October, at least 20 people were killed in two different suicide attacks in the city of Baydhabo in the southwestern part of the country and in November over 40 people lost their lives and about a hundred were injured in a similar act near the Mogadishu Criminal Police Office. At the end of the month, a religious center in Gaalkacyo in central Somalia suffered a suicide attack. A Muslim Sufi preacher and 17 other people were killed. Al-Shabab, who took on this and the above-mentioned assaults, had earlier accused the preacher of having blasphemed Prophet Muhammad by playing music in connection with religious ceremonies.

During the year, the United States conducted a large number of unmanned aerial attacks against al-Shabab, and the number increased since the requirement for approval from the White House for such efforts was removed. According to US military sources, in October approximately 60 Islamists were killed in the coastal Harare district and in November at least 37 al-Shabab members were killed in two drone attacks.

The continued poor security situation in the country led the UN Security Council to decide in July that the AMISOM peacekeeping force should not be reduced as previously planned. At the same time, AMISOM’s mandate was extended to May 31, 2019.

The political changes in neighboring Ethiopia, which took place since Abiy Ahmed took office as new prime minister, also affected Somalia. In September, Somalia, Ethiopia and Eritrea signed an agreement on cooperation between the countries. The tension between Ethiopia and Eritrea raised hopes of a more peaceful development on the Horn of Africa. In October, an aircraft belonging to Ethiopia National Airways arrived in Mogadishu. Thus, the first commercial airline between the countries started in 41 years.

In January, a law banning rape was introduced in the outbreak republic of Somaliland. Unlike before, when rape victims were often forced to marry the perpetrator, the person being convicted of rape now risks up to 30 years in prison. A month later, the Somaliland government and Muslim ministers issued a fatwa banning all forms of genital mutilation (female circumcision). Anyone who violates the ban risks punishment (although legislation in this area was not yet in place) and victims should be able to receive damages.

Less liberal was the Somali authorities’ strike against media representatives in June. Then several journalists were arrested and two TV stations were closed since they reported fighting between Somaliland soldiers and the autonomous Somali region of Puntland. The fighting, which in May cost at least 40 people their lives, was part of an ongoing conflict over the Sool region, which both Somaliland and Puntland claim. They also dispute Sanaag, where the clans signed a peace treaty in March after at least 15 people were killed since the turn of the year in violent land and water conflicts. In another disputed area in October, more than 50 people were killed in fighting between different clans.